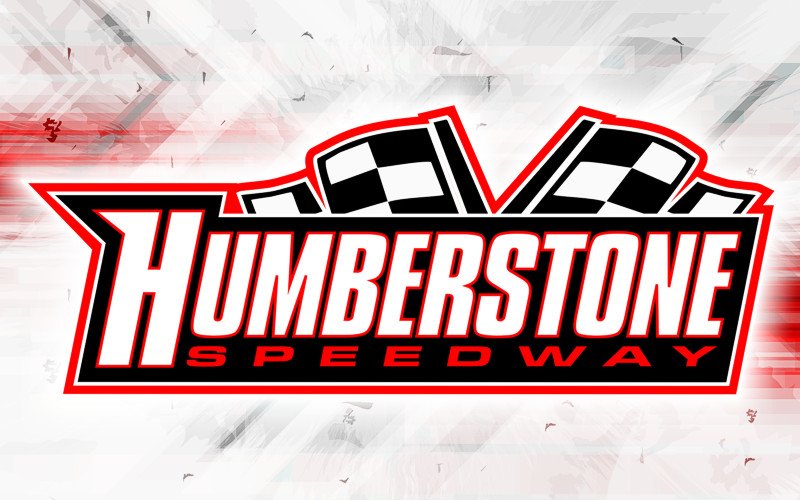 PORT COLBORNE, ONTARIO (January 1, 2021) As the calendar year switches to 2021, the Humberstone Speedway in Port Colborne, Ontario will resume operations in the new year with local business owner and engine builder Terry Vince behind the wheel as Vince is the new owner and track promoter of the historic facility.

Vince is currently restructuring the staff/management team throughout the winter months. “Expect to see some new faces and new doesn’t mean inexperienced”, Vince said. “I am fortunate to have the right people that share the vision I have for the speedway. Previous owner Al Wagner, Jack Winger from GR Environmental, Terry Huffman, Dave Walters, and Darren Peters from Peters Excavating have been a major asset to me since the takeover of speedway”, Vince continued.

Challenges to the upcoming season are still expected with Covid-19. “We are currently working on a Covid schedule featuring 12 races. If restrictions free up, we will add races as we continue throughout the season.

With an emphasis on getting fans back in the stands when it is safe to do so is very important. “I am committed to finishing the show by a reasonable time, family-fun entertainment, quality food in the concessions, and upgrades throughout the property”, Vince said. Upgraded washrooms and fixtures along with the renovation of the licensed second-floor bar and the newly constructed 350sq/ft patio will provide race fans with a new dynamic to the Humberstone Speedway experience. Several new marketing partners have already been established for 2021.

A partnership has been formed with Impact Motorsports that will bring four events planned for 2021 and will include a designated area in the infield to compete.

Racing on the historic Humberstone oval will be the Sportsman, Late Models, Thunderstocks, and the Mini Stocks/Trucks. The framework of the rules for the weekly classes are based off DIRTcar Northeast (Sportsman), RUSH (Late Models), and the Ontario Dirt Competition Committee (ODCC) for the Thunderstocks and Mini Stocks. The Late Model division will be getting some restructuring to increase car count. In addition to the 604 engines already in competition, open engines will be allowed to track cars from the west and from the States (once border restrictions are lifted). “Parity in the engine platforms for the Late Model division is important and will be adjusted to promote fair competition if necessary”, Vince stated. In efforts to use up equipment, the 4-cylinder Trucks will be competing with the Mini Stocks for the last season in ’21.  In addition, previous divisions 358 Modifieds will be on the card plus a host of 360 and Crate Sprint events. The Sprint divisions will utilize the ¼ mile push track to start and put heat in the engines to restore action and efficiency on race nights.

New for 2021, Humberstone Speedway will introduce its own Engine sealing program. This will enable teams to rebuild or repair 602, 604, and W16 engines. The integrity of the sport is important for the future of our local racing. Engines will be professionally teched prior to sealing with Humberstone seals for a fee to maintain legality. More information on the engine sealing program will be announced in an upcoming release.

“Being directly involved with motorsports, I understand the financial commitment to field a car and some purse increases and restructuring is being reviewed as well as the distribution of point funds”, Vince said.

Racemed will once again be the safety team at Humberstone. Racemed will provide Humberstone Speedway with a fully equipped safety truck and fast response team for each event.

To rebrand the speedway along with a massive cleanup to the grounds, several updates, and construction are being done around the facility to give the speedway a completely fresh new look. Several new illuminated Billboards facing Hwy 3 are in process for new marketing partners as well as Renovated VIP suites in the tower.

Updates have also been done to the racetrack and in the pit area as well. Those upgrades and updates include a track reconfiguration and enhanced racing surface, new LED lights and some poles for the racing surface, infield landscaping with seed and drainage system, installation of infield compound for Derby cars

Installation of infield guard rail system. The pit area will also see a new pit road entrance and exit. Other pit amenities are being addressed with washrooms and concessions. A parts store will be on-site with VP Racing Fuel and methanol for purchase.

With the emphasis on the race fan experience and commitment to the racer, Humberstone Speedway looks forward to the 2021 season.

About Humberstone Speedway: Humberstone Speedway is located just two miles East of Port Colborne on Highway 3, just 17 miles west of the US/Canadian Border at the Peace Bridge (Buffalo/Fort Erie). For more information, call (905) 329-8028, visit us on social media on Twitter @HumberstoneRace and like us on Facebook. Don’t forget to bring your portable FM radios and listen to all the action on 89.9FM.